Darktrace’s approach immediately set itself apart from the competition. From a cyber defense perspective, unless we leverage machine learning and artificial intelligence, we’re going to be on the backfoot.

Educational institutions like the International Baccalaureate collect and store vast quantities of sensitive personal information, attracting some of the world’s most sophisticated criminals. Yet these institutions often lack the robust cyber defenses that protect similarly data-rich firms in the private sector. And while organizations of all kinds struggle to keep pace with today’s increasingly fast-acting cyber-attacks – which often move too quickly for incident responders to contain – the strained security teams that are characteristic of nonprofits render them particularly vulnerable to these attacks.

Beyond the challenges posed by machine-speed cyberthreats, the IB was also limited in its ability to counter attacks from both innovative cyber-criminals and insider threats. The traditional approach to cyber security, which relies on rules and signatures to prevent known attacks from by passing the network perimeter, will fail to detect attacks that look unlike anything observed previously, even as threat actors continue to launch novel threats on a daily basis. Additionally,insider threats originate from within the perimeter, necessitating an entirely different security approach capable of detecting attacks carried out by authorized network users.

Finally, the IB did not believe its conventional security tools were sufficient to comply with the increasing regulatory requirements on data processing, most notably the EU’sGeneral Data Protection Regulation (GDPR). GDPR requires organizations to notify both supervisory authorities and their clients of a data breach within 72 hours, under the penalty of multi-million euro fines. For international nonprofits withfinite security resources, responding the fast-acting threats before they have time to escalate into a breach is an especially daunting challenge.

Following the completion of a successful Proof of Value (POV), the International Baccalaureate deployed Darktrace’sEnterprise Immune System, including its cyber AI response solution, Darktrace Antigena. Powered by artificial intelligence, the Enterprise Immune System immediately began learning the normal ‘pattern of life’ for every user and device at the IB. Crucially, this AI-driven approach enables Darktrace to detect subtle deviations from normal behavior that are indicative of a sophisticated, never-before-seen attack.

Whenever the Enterprise Immune System observes a serious threat to the IB’s network, Darktrace Antigena – the first enterprise-grade Autonomous Response technology on the market – surgically intervenes to contain the threat within seconds. Antigena works by restricting an infected device to its normal ‘pattern of life’, affording the IB’s security team time for more strategic work. Moreover, the technology works without interrupting business operations, unlike typical efforts to contain cyber-attacks that result in lengthy and frustrating operational shutdowns. By neutralizing both insider threats and external attacks before it’s too late, Darktrace Antigena has transformed the International Baccalaureate’s cyber security posture.

The Enterprise Immune System has proven to be a gamechanger for the IB’s security team, allowing it to reduce overhead costs as well as dashboard fatigue by defending the entire network form a single interface. Indeed, by deploying Darktrace in its many global offices, the IB has achieved unprecedented network visibility, gaining a deep understanding of the full sequence of events leading up to a security incident. Jenkins noted such comprehensive network oversight has rendered the IB’s cyber security a key ‘differentiator’ with respect to competitors.‍

After Darktrace AI alerts the International Baccalaureate to threatening behavior, its security team can investigate that behaviour at any level of detail – both historically and in real time – using Darktrace’s highly intuitive user interface, the Threat Visualizer. These capabilities have helped the organization comply with GDPR and protect students’ sensitive data on behalf of parents and schools around the world.

The sheer volume of data that Darktrace actively defends would take a team of 50 to 60 security professionals to do manually. What’s more, the speed and precision with which Darktrace identified genuinely threatening activity exceeds any human capability. 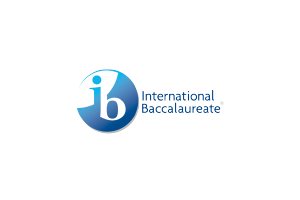 The International Baccalaureate, known as the IB, is a globally renownededucational foundation headquartered in Geneva, Switzerland. It offersfour educational programs catered to students aged 3 to 19, all of whichemphasize independent and critical thinking throughout their curricula.Today, these programs are taught by over 5,000 IB-accredited schools inmore than 150 countries worldwide. With both the data of its students andits own reputation on the line, the IB sought an adaptive security solutionthat can keep pace with automated and fast-acting cyber-threats.Darktrace’s approach immediately set itselfapart from the competition. From a cyberdefense perspective, unless we leveragemachine learning and artificial intelligence,we’re going to be on the backfoot.Richard Jenkins, Global Head of Security &amp; RiskInternational Baccalaureate
Download the case study
USE CASES

Grupo Mexicano de Seguros (GMX Seguros) is a major insurance provider based in Mexico, with broad experience and specializati...